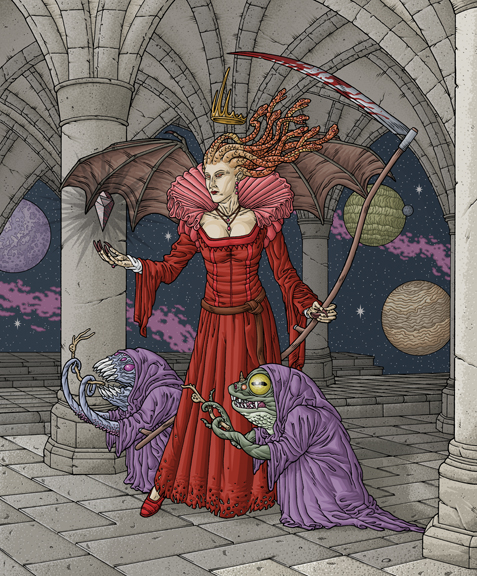 FIGHT! is a zine project curated by Jenn Woodall which invites artists to create their own original female fighting game character. Each artist draws their character either facing left/right and these fighters are paired up throughout the book using spreads to create versus match illustrations which mimic fighting games.

My contribution is above. I chose the Queen In Red avatar of Nyarlathotep.